A CUP OF COFFEE HAS A MEMOIR OF 40 YEARS

Do you think, coffee can be forgotten ? 40 years of unforgettable coffee..

No matter how much we love the smell, taste and even the unique presentation of coffee, when we come together, we underline that “the coffee is an excuse” is the main issue is affection, longing, trouble. But let’s come on, we light the fire of that conversation with the coffee in the coffee pot.

Our ancestors did not say in vain:

“Neither coffee nor coffeehouse

Hearts love or coffee as an excuse. ”

So where does the question of 40 years of sake come from in a cup of coffee?

Then listen to the bride story from us: 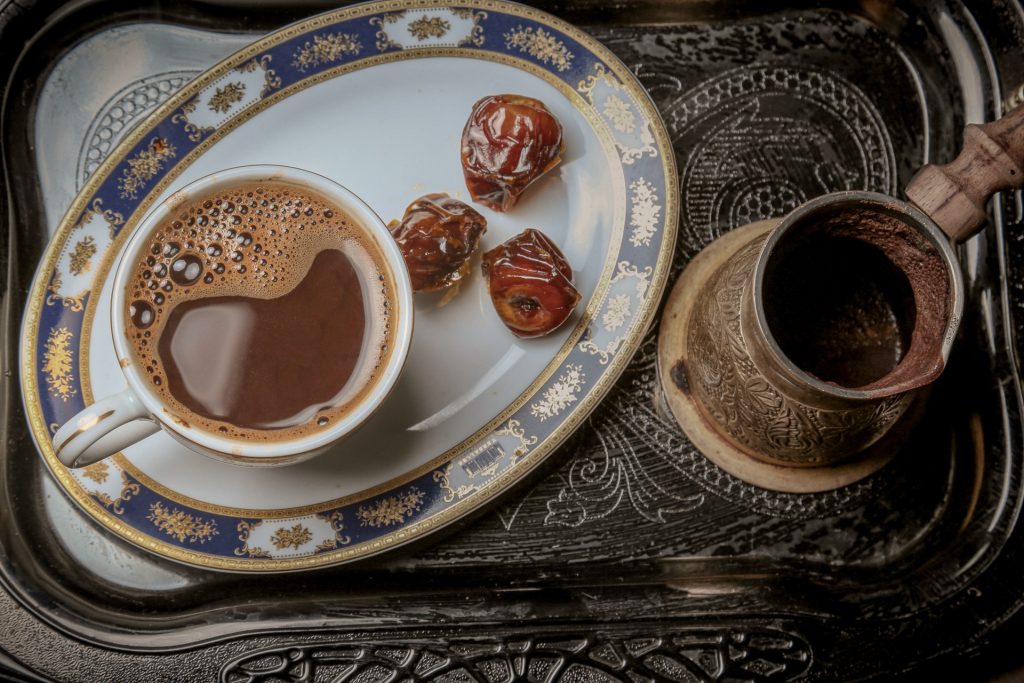 There was a coffee shop in Üsküdar that made and sold coffee at Istanbul’s eaten pier. Every person from the wire came to listen to the chat of the coffee shop, to take the advice of two couples, to share his troubles.

One day, a big janissary comes to this coffeehouse, he told the coffee shop to offer everyone coffee from himself, but not to the captain of the Greek ship sitting alone. The coffee shop makes two coffees and sits next to the Greek captain after offering everyone the coffee of his janissary. “Let’s drink with you,” he says. Janissary angrily “Didn’t I say that you will not give that unbelievers?” The coffee shop responded by saying, “This is my treat, not yours.” Then he had a long conversation with the Greek captain accompanied by coffee.

Coffee seller in the 1900s when our story passed

It takes about 40 years. There is a big riot on Samos Island. The Greeks rebelled. The Üsküdarlı coffee shop of that time was also transferred to the island and was captured because he was a registered soldier in the Janissary quarry. The Greeks were selling auctions in a square that Turkish captives captured.

The coffee maker of Yemiş pier is also put up for sale with other prisoners. The prisoners were brought forward and sold to those who gave the highest money in order. When it comes to money, it was really sold for three or five coins. Let us remind you that the smallest currency at that time was money. Prisoners before him were sold for three or five coins, respectively. As for the coffee shop, the coffee shop started to wait for Rum, who would take it with a little fear. While the auction had begun and a few people did not even offer to think that this old soldier would not work, an armed Greek came from head to toe. “Five cents!” he shouts. Everyone is amazed to say that all the prisoners there will be bought for such an old soldier. When there is no higher donor, he takes the prisoner out of the city. Kahveci said, “Since he took me for five cents, what kind of resentment does he know? Who knows? How can he kill me with torture !? ” she thinks.

When they came to a deserted place, that armed Greek said, “Don’t be afraid! You didn’t know me, but I knew you. When a janissary insulted me, aren’t you a coffee shop at the Yemis pier that did not listen to him and offer me coffee? ” he says. The old coffee shop looks carefully and remembers Rum. They embraced. Rum did not forget about the coffee service 40 years ago. First, he sat up with the old coffee shop beautifully and gave his pocket money and sent it to his hometown.

According to the story, a cup of coffee has 40 years’ sake.

Any cookies that may not be particularly necessary for the website to function and is used specifically to collect user personal data via analytics, ads, other embedded contents are termed as non-necessary cookies. It is mandatory to procure user consent prior to running these cookies on your website.